When Emma Fitzsimmons noticed differences in her four-month-old son compared with other babies, she searched for answers. An MRI confirmed that her son had experienced a perinatal ischemic stroke.

This type of stroke can cause developmental delays. Emma learned that the key to helping her son achieve his best potential was early intervention. She fought to get him physical, occupational, and speech therapy as soon as possible.

Emma talks about the benefits of physical therapy and early intervention for her son. She also offers advice for working within the health care system to get help for children who need it. Physical therapist Patricia Torres joins her to talk about the toddler's physical therapy program. She also explains why "It's never too early to start physical therapy." This "best of" Move Forward Radio episode first aired in 2020.

Here's our conversation with Emma and Patricia. 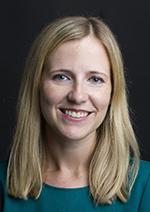 Emma Fitzsimmons, city hall bureau chief at The New York Times, covers politics in New York City. She has worked at The Times since 2009. 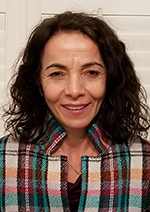 Patricia Torres, PT, is a senior physical therapist in New York's Early Intervention Program. She has an advanced degree in developmental disabilities from New York University. Patricia evaluates and treats infants and children with complex developmental or neuromotor impairment. Her goal is to improve movement skills to help each child reach their full potential.
Share This /
Resource Details