Child With Cancer Maintains Quality of Life Through Physical Therapy

Mathias Giordano was an active kid who loved all sports, but his particular passion was soccer. Playing 4 to 5 times a week, he was on a local travel team in Loudoun County, Virginia.

At the age of 11, after continuous complaints of leg pain, his mother Roya took him to the pediatrician. After a suspicious x-ray, an MRI confirmed their worst fears. There was a tumor in Mathias's right leg, below the knee, and wrapped around his tibia. Mathias had osteosarcoma, cancer of the bone, which had also metastasized to his lungs. Within 2 weeks of his initial pediatrician appointment, Mathias was starting chemotherapy.

Because of the size of the tumor, the Giordano family was forced to decide whether to amputate Mathias's lower leg or do a "limb salvage," which would preserve the limb but greatly limit his ability to do more than walk. Mathias's desire to be active influenced the decision to amputate.

"From the very beginning, his goal was to get back on the soccer field," Roya told Move Forward Radio in September 2014. "His goal was to kick the soccer ball, be a kid, and be independent, and do the things he always does."

Before his amputation, Mathias began to see physical therapist Mike Reing, PT, MSPT, OCS. Mathias was facing a deadly disease, and was going to lose a limb, but he was determined to be as independent and active as possible. Mike was there to help.

"I can't save anyone's life, that's not my role," Mike said. "But my job for Mathias is, 'All right, let's do everything we can to preserve his quality of life.' And my definition of [quality of life] doesn't really matter. What matters is his [definition]."

Working together on strengthening and flexibility, Mathias and Mike developed a special bond. So much so, that it was Mike who helped motivate Mathias to get out of bed his first few days after the amputation and start moving around. Not long after, Mathias was learning to move with a prosthetic limb, still with the goal of getting back on the soccer field.

"From the very beginning, his goal was to get back on the soccer field, his goal was to kick the soccer ball, be a kid, be independent, and do the things he always does," Roya said. "Having Mike on our team has been the biggest blessing of all because Mathias and Mike established a relationship that no one else has."

Listen to Mathias's experience with physical therapy, as told by his mother Roya, at Move Forward Radio.

Mathias Giordano died on December 7, 2014. In his honor, we encourage you to support The American Childhood Cancer Organization's "Go Gold" awareness campaign. 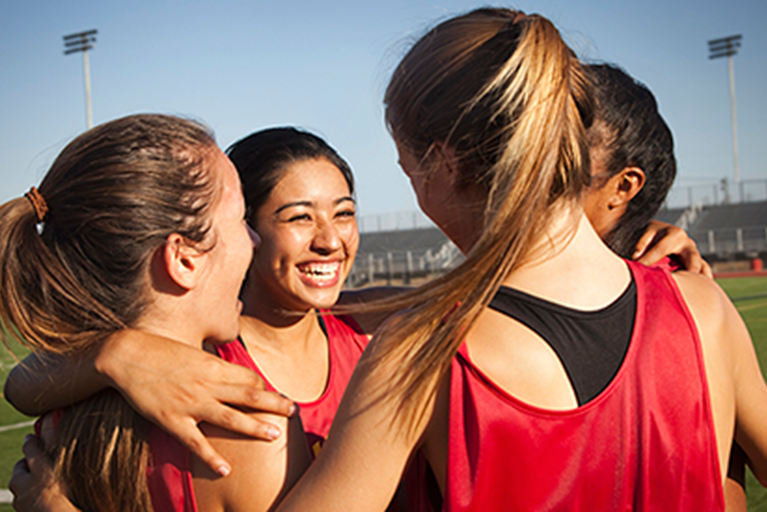 Female Athlete Triad: What You Should Know

Female athlete triad is a condition that involves an imbalance among energy availability, quality and strength of bones, and menstrual cycle. Physical 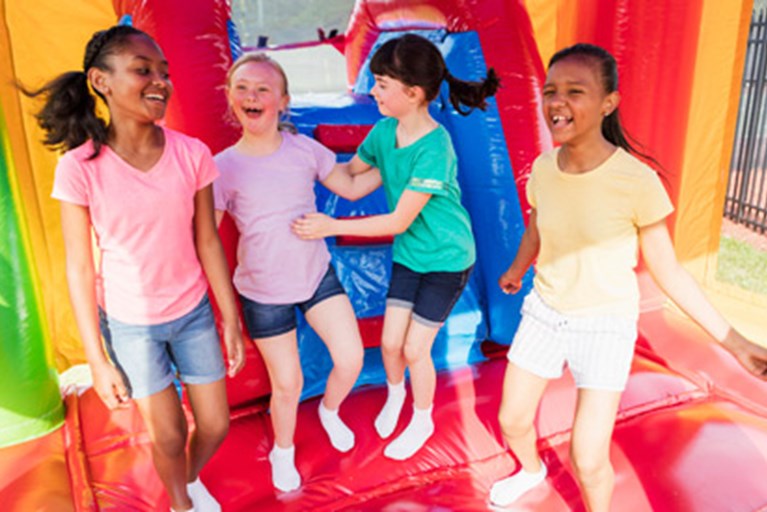 Physical activity is vital for people with Down syndrome. With proper guidance from a physical therapist and regular exercise, people with DS can lead